Quite recently, Microsoft pushed out its latest release of Internet Explorer. IE 9, the brand new, all improved browser which is meant to be faster and more compatible with everything, was released to the general public a few weeks ago.
I’m not going to go into a detailed review of IE 9: I admit, it’s actually pretty good. What I actually want to look at is how fast IE 9 is compared to the latest browsers currently out there.
I decided to run two javascript benchmarks: Mozilla’s ‘Kraken’ and Webkits ‘Sunspider’. Kraken is designed to push the browser to its limits, testing future compatibilty, while sunspider tests more ‘everyday’ jasvascipt.
I ran all tests on the same Mac, as well as IE9, except this was in Bootcamp, obviously…
The results are here: (smaller bars are better) 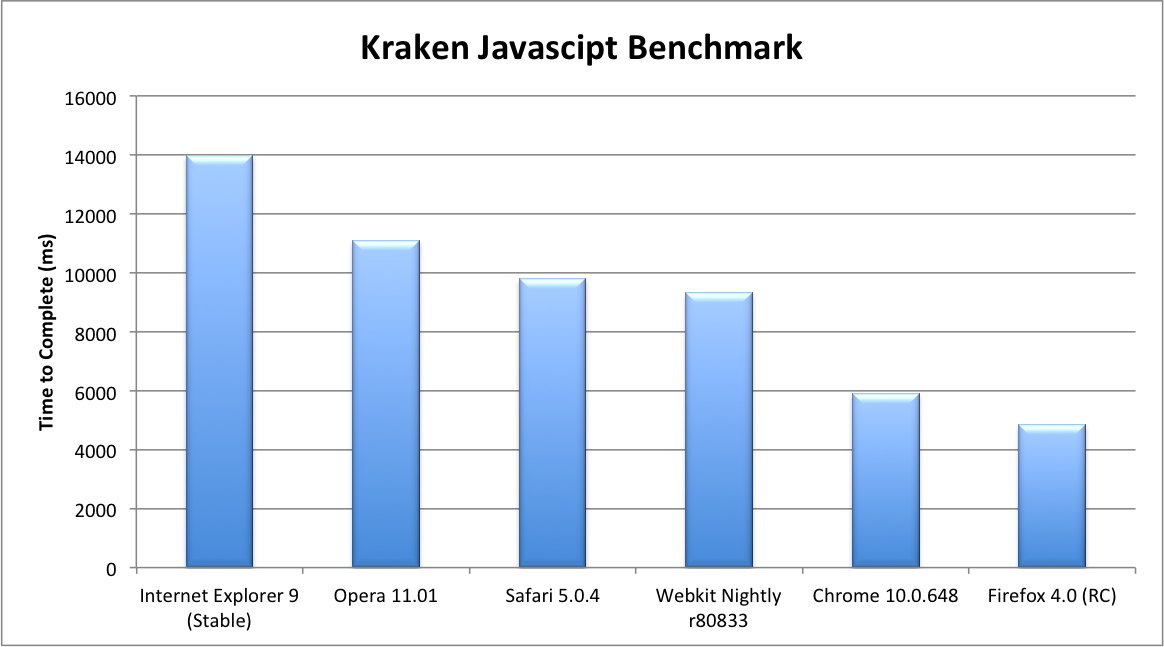 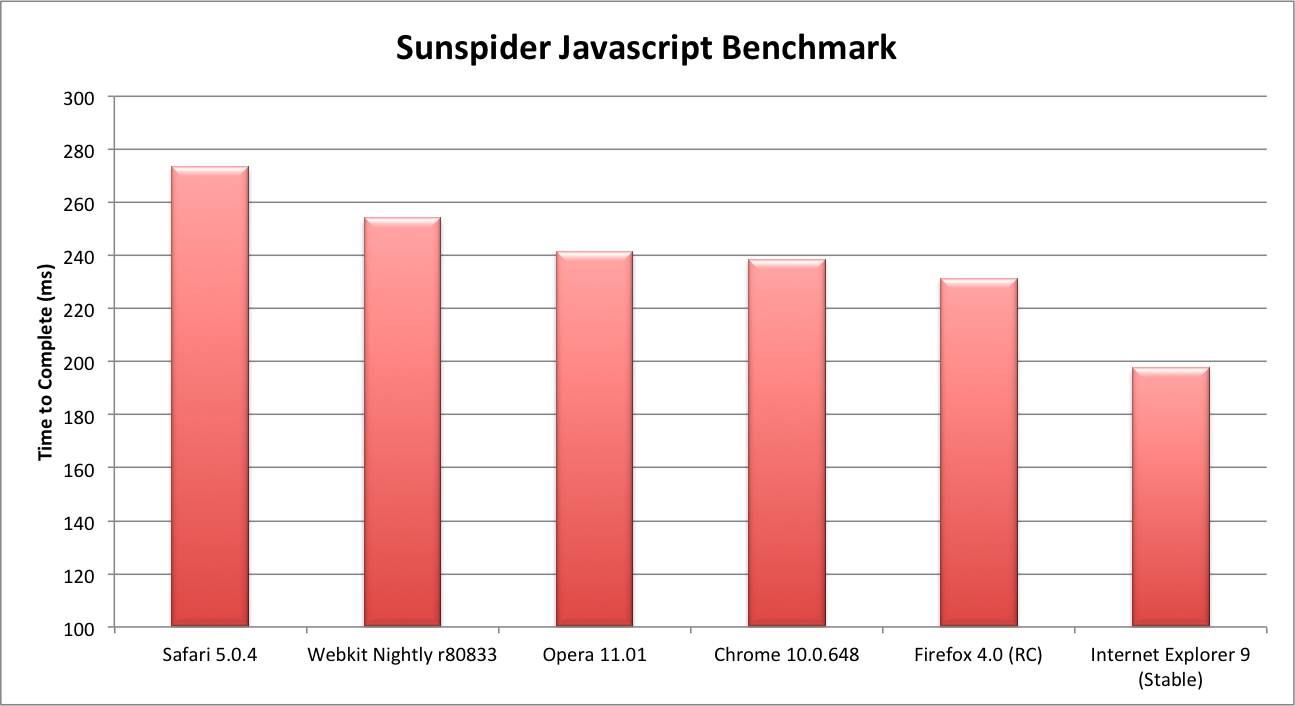 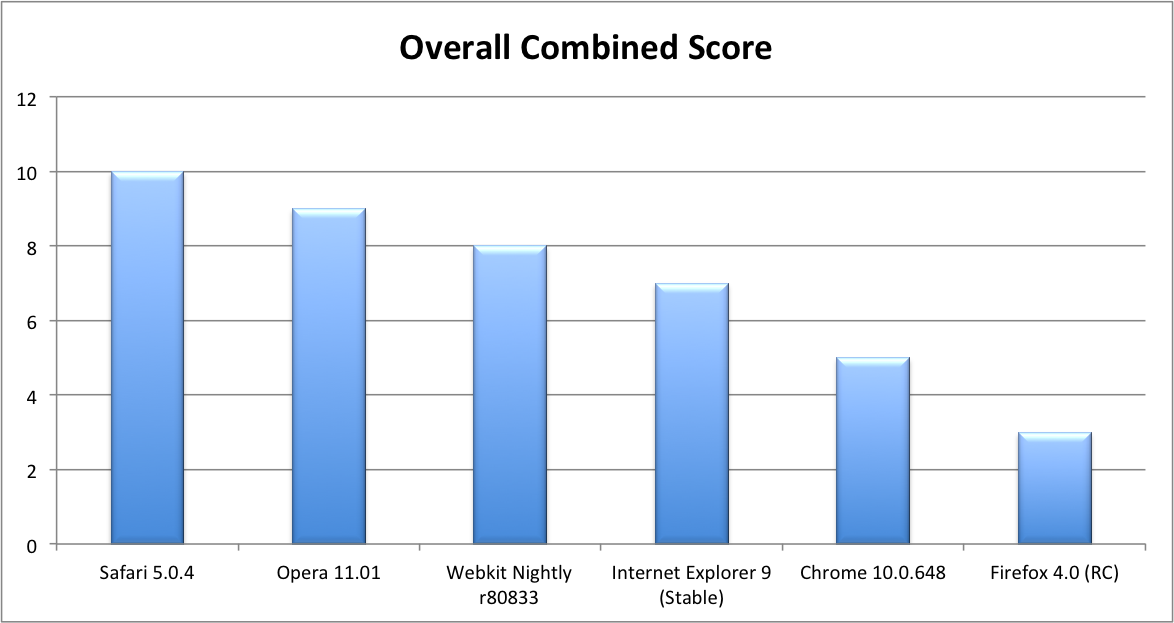 Well, it seems clear that Safari, which was once near the top of the speed tests, is now lingering at the bottom. Firefox 4, the latest Mozilla creation, fares very well in both tests. Internet explorer 9 comes somewhere in the middle: It is much better than IE 8, now easily competing with all the ‘proper’ browsers. Infact, it came ontop of the benchmarks for the Sunspider test (although there are claims that Microsoft cheated with one of the units in this – try googling it!)

Anyway, if you want the best browser for now, it’s Firefox 4 (though it’s not yet a stable release, though RC status is pretty close). But if you’re looking for something slightly more stable, then Google’s Chrome is still the best current browser to be at the top of the benchmarks.